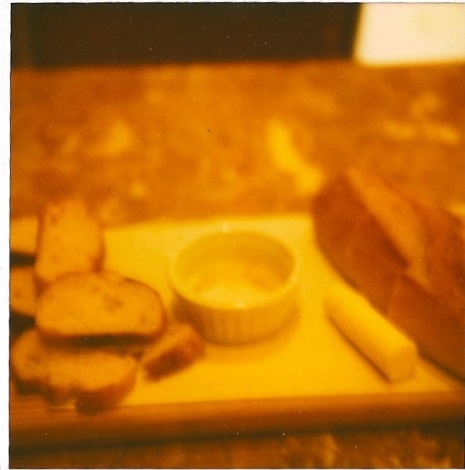 I took the first two Polaroids in a little French restaurant in Los Angeles on New Year’s day. I admit I sometimes feel awkward pulling out my Polaroid and having people stop and look. But when they brought out the bread with a roll of butter and a little dish of pink salt there was no saying no.

The second one is the floor of the restaurant. I don’t know, I just thought it was so pretty. As I was focusing the waiter came by and asked “Is that a Polaroid?” – why yes, it is. He thought it was pretty cool.

Do you take pictures of silly things too? I want to see!

9 thoughts on “polaroids on New Year’s”