I spent this last weekend with Alyssa in Santa Monica. It was such a fun weekend. Alyssa and I have known each other since first grade, so forever. I can’t say enough good things about her.

I don’t really feel like writing a travelogue so I’ll just post some of the highlights. In spite of my best intentions I did not take any pictures.

Walking/shopping on Robertson Blvd with Alyssa and Sarah.

Before we started down Robertson we stopped at the Coffee Bean & Tea Leaf and I asked for a Lavender Mint Tea Latte (even though I knew they didn’t carry it any more) and the cute kid at the counter said he’d make it. A little Santa Monica miracle. It totally made my day.

Getting to see Pink perform for Howard Zinn’s documentary The People Speak. She performed Dear Mr. President and it was amazing. I’d never heard the song before (maybe I live under a rock???) but I was moved by her performance.

Attending a reception at Gallery 33 East with Sarah and Alyssa.

Alyssa’s cat Stussy, who did not make me sneeze once. I’m guessing she has magical powers. Another Santa Monica miracle.

Going to Swingers and eating some falafel. Yum. And the poor waiter who ran around trying to find me a matchbook. 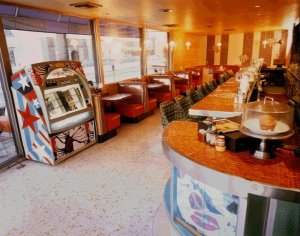 Spending Sunday morning with Alyssa, getting some cute accessories at Skyla and stopping for gelato.

I may just need to move to Santa Monica.

Thanks Alyssa, Jesse and Sarah for such a fun weekend! ♥

Each friend represents a world in us, a world possibly not born until they arrive, and it is only by this meeting that a new world is born. – Anaïs Nin 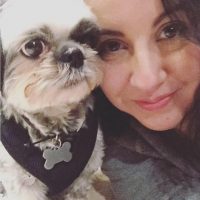